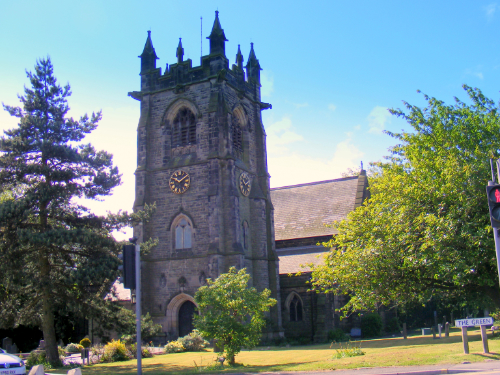 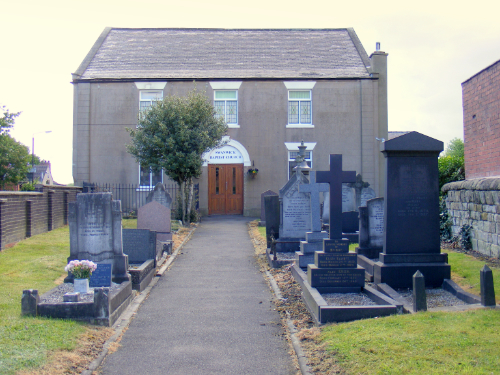 The Grade 2 listed Parish Church stands at the crossroads at the centre of the village.Constantly changing since its consecration on September 27th 1860, the church marks chapters in the lives of both village and nation..

The tower erected in 1903 was dedicated to Queen Victoria, and the east window is a parish memorial to the fallen of World War I. During World War II the triptych was painted by a German prisoner of war held in The Hayes, and the west window, shattered by a stray stick of bombs, was replaced by the ‘Andrew’ window, with the aid of a War Commission grant.

1955 saw the addition of the choir vestry, converted to tea-point and toilet facilities in 2002, and the new millennium brought floodlighting to both church and tower.

Completion of the newly-formed churches ‘Christians Together in Swanwick’ (CTS) initiated a strategy to ensure that every road in the parish is prayed for during the year. In support of Swanwick Parish Council CTS assists with the village Well Dressings and unites the village and all its uniformed groups in the annual act of remembrance.

Before 1794 no church existed in the village and people travelled to Alfreton or Pentrich where Anglican churches existed.

One Sunday evening in May 1794 William Fletcher, who had established a Baptist Church in 1793 in the village of Loscoe, some five miles from Swanwick felt a call to take the Gospel to Swanwick. So from the mill owner, and began to preach the Gospel. The news soon spread and William Fletcher began to hold regular services in the open air close by the mill. As winter approached, the congregation, which had grown, met in a borrowed tithe close by the Cross Keys public house and the church was established.

By 1796 the congregation had collected sufficient money, £300, to build a small church building on land belonging to Tagg Farm, and by 1804 a gallery had been added at a cost of £80.

There is a memorial plaque to William Fletcher on the wall within the chapel. In 1810 a Sunday School was established for both religious and basic education, there being no other school in the village.

By 1825 the church membership exceeded 110 with members travelling from Alfreton, Ripley, Codnor, Butterley, Somercotes, Riddings, Ironville, Pentrich and South Wingfield which meant journeys on foot of up to five miles each way. Later, Baptist Churches were planted by the Swanwick Church in Riddings and South Wingfield.

In 1827 the church building was further enlarged to its present size and in 1912 a schoolroom and outside toilets were added, these toilets having recently been replaced by facilities within a recently built further extension.

The original organ was installed in 1913 and by 1931 the church buildings had electric lighting.

The church has extensive graveyards to the front and the side of the chapel buildings with many graves dating from the early nineteenth century, and since this was one of the nonconformist graveyards at that time contains the graves of people from a wide geographical area.
Sunday services are 10.45am and 6.00pm.

Methodists have worshipped in Swanwick since the 1820s. At one time there were two chapels and the now closed ‘Primitive’ Methodist Chapel can still be seen on Pentrich Road.

The Methodist Hall on Derby Road reflects the strong musical tradition for which Methodists are renowned and to this day there remains a wide and varied love of music within the life of the chapel.

The chapel delights in its relationship with the other Christian churches in the area of the Baptist Church and the Anglican Parish Church and seeks to play a full part in the life of this community, through its various activities which range from an elderly persons club to its many and varied organisations for children and youth.